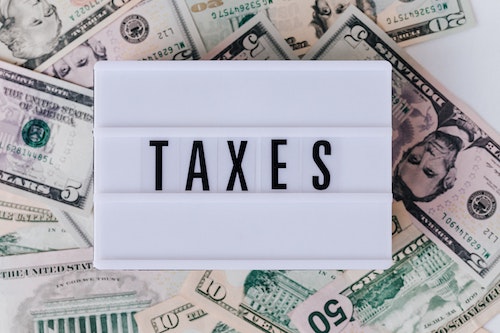 The novel coronavirus pandemic has had an enormous impact on this year’s tax season. As a result of the pandemic, the Internal Revenue Service has pushed back Tax Day for all Americans for the first time in over five decades, moving it to July 15, 2020. And, according to the data that has been released by the IRS, at least 21 million Americans have taken advantage of that extension.

An Overview of the Tax Deadline Extension

Due to the rapid spread of COVID-19 in the United States, the president declared a national state of emergency on March 13, 2020. Also in March, many in-person businesses were beginning to close, making the livelihood of numerous Americans suddenly uncertain.

Federal government officials quickly considered the impact that the COVID-19 pandemic would have on the economy and the upcoming federal tax deadline. On March 21, 2020, the Treasury Department and the Internal Revenue Service announced that the federal tax due date would be automatically extended from April 15, 2020, to July 15, 2020 in order to give taxpayers extra time to file and pay their taxes. Since this is an automatic extension, taxpayers do not need to file a tax extension request to take advantage of the new deadline.

The federal tax extension for 2020 applies to both the federal filing deadline and the tax payment deadline. The extended deadline also applies to all types of taxpayers, including individual filers, small business owners, trusts and corporations, self-employed individuals, and other non-corporate tax filers.

By April 1, every state that taxes personal income also pushed their individual state tax deadline back. The majority of states have chosen July 15 as their new tax date in order to line up with the federal deadline, while a few outliers have chosen other dates in May, June, and July. The majority of states also picked the same date for their filing deadline and their payment deadline. However, a few states chose different dates for their 2020 filing and payment deadlines. If you live in a state that taxes personal income, it’s wise to check your new state tax deadlines so that you fully understand when your return needs to be filed and when your tax bill is due.

Over 21 Million Taxpayers Take Advantage of the New Tax Deadline

Some financial experts have speculated that far more than 21 million Americans have taken advantage of the tax deadline extension. This speculation is based on the fact that many Americans who do not typically file taxes submitted simple income tax returns in order to receive their stimulus checks. These simple tax returns were counted in the IRS filing total, which means that it’s likely that more than 21 million Americans took advantage of the tax deadline extension.

Should You Wait Until the New Tax Filing Deadline to File Your Federal Tax Return?

While this year’s Tax Day has been pushed to July 15, most economists and accountants don’t recommend waiting until the deadline to file your tax return– especially if you’re expecting a federal tax refund. Though the IRS has received fewer tax returns than in most years, they are reportedly behind on processing returns for the 2019 tax year. This is likely due to coronavirus-related IRS shutdowns. If you’re expecting a federal tax refund, it’s best to file sooner rather than later in order to receive your refund as quickly as possible.

Additionally, it’s always recommended to file your federal tax return as soon as you can due to tax scam concerns. The longer you wait to file, the more time identity thieves have to attempt tax scams using your social security number or other personal information.