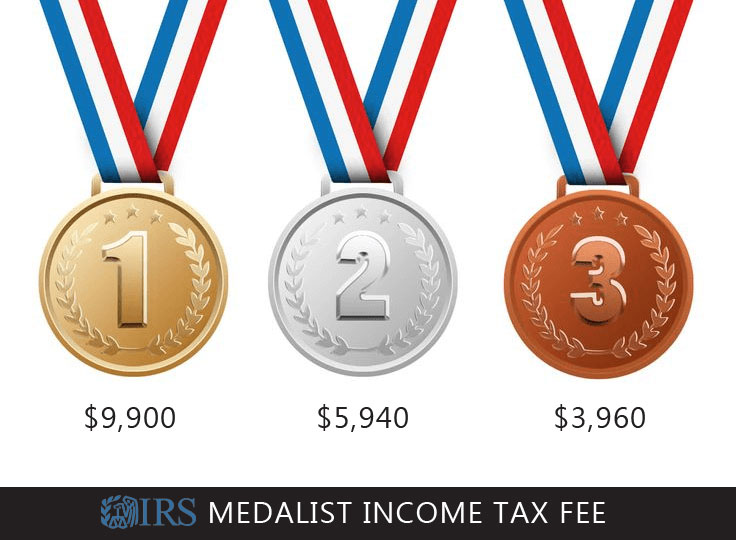 The Internal Revenue Service (IRS) recognizes and taxes these awards as regular income.

A bill was introduced in March 2016 by Senator John Thune to stop the IRS from taxing USA medalists. The bill passed the Senate by unanimous consent, according to Americans for Tax Reform.

The total amount taxed per medal differs widely based on the athlete’s circumstances. However, it would still cost these athletes as much as 36% of their earnings. Fortunately, numerous accountants have proposed a way around the taxation. Related expenses, such as the cost of travel and equipment, can be reduced and deducted against income if an athlete treats their sport activities as a business.