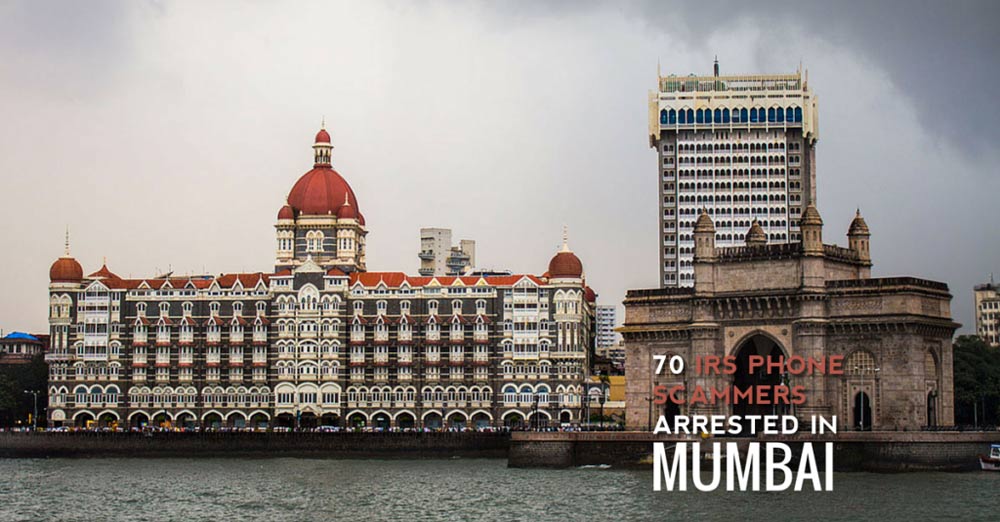 Here is some sweet justice being served to those awful phone scammers that call our phones everyday with their nonsense. 70 call center workers (or should we say scammers?) were arrested following a tipoff, according to The Guardian. Police raided call centers around Mumbai, India and around 750 call center workers were detained after an ongoing investigation into what kind of business was being conducted in these establishments.

We have all received at least one call from either a sketchy salesman or an outright scammer looking to steal our tax returns. These scammers make calls to American taxpayers demanding payments being made to obviously their own bank accounts to provide “IRS tax relief”. They try to scare you by saying you will go to jail or absorb huge fines by the “IRS.” They have been changing their tactics recently by using robo-calls (robot voice; i.e. text-to-speech), usually called automated calls, and leaving us these threats in our voicemails.

Taxpayers have been tired of this scam from day 1, and have been harassing the IRS and law enforcement to do something about it. Unfortunately, it’s not that easy. These scammers usually make use of Voice Over IP (VOIP) and mask their real phone numbers or IP addresses. When they make a successful scam attempt, the payments they get are hard to trace because of the distance between the US and India. These payments are usually made by utilizing Cash, Wire Transfer, MoneyGram, and Walmart-2-Walmart. One inventive scam operation used iTunes Gift Cards as the payment method, and surprisingly netted $1.4 million.

Fortunately, some great news came in August of 2016. TIGTA (The U.S. Inspector General for Tax Administration) announced that five individuals in Miami, FL were arrested and charged with wire fraud and conspiracy to commit wire fraud. They were held responsible for $2 million in damages to 1500 victims of their social engineering. The chairman of the FCC, Tom Wheeler, hosted the first meeting of the Robocall Strike Force, a group dedicated to developing solutions to filter these scam calls. A very-possible solution to this conundrum would be to implement Caller ID verification standards which would allow normal people to block calls from spoofed phone numbers. Phone service providers were recently given the green light on implementing robocall blocking, and the FCC highly recommends that they do this for their customers free-of-charge.

No comments were made by either the IRS or TIGTA after the recent arrests made in India. These call centers outside Mumbai were pulling around 10 million rupees a day! That’s $149,835! India has been a powerhouse in affordable outsourcing for companies in the US, but were recently overtaken statistically by the Philippines. Regardless, TIGTA and the IRS are working closely with the deputy to avoid any potential phone scams targeting taxpayers.

To familiarize you with some of these fraudsters’ tactics, I’ve uploaded a voicemail I personally received last week:

Don’t fall for these scams. The IRS will never call you without first having mailed you a bill. The IRS won’t ever demand immediate payment over the phone, nor threaten to have you arrested. The IRS will also never require you to pay with a specific payment method for your back taxes, such as a prepaid debit card.