What is Tax Evasion and How Big of a Problem Is It? 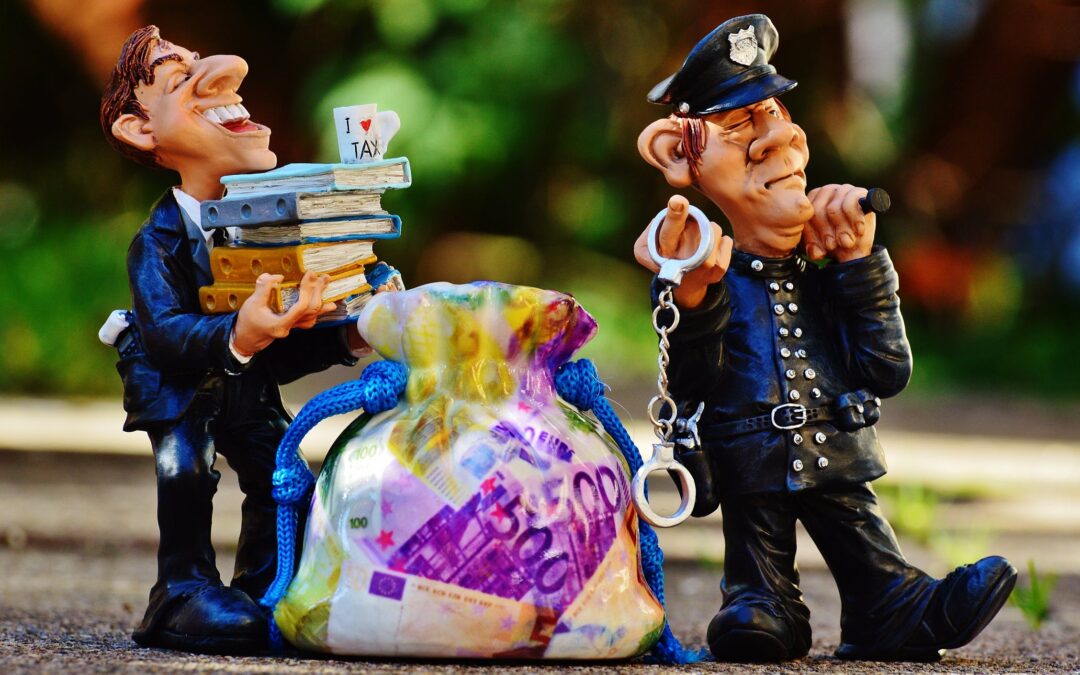 What is Tax Evasion?

Before we take an in depth look at the issues tax evasion causes, let’s discuss what it is and what it is not.

The Definition of Tax Evasion

Tax evasion is defined as the intentional illegal non payment or underpayment of tax.

Is Tax Evasion the Same as Tax Fraud?

The term tax evasion is commonly used interchangeably with the term tax fraud. However, tax evasion and tax fraud are slightly different. Tax fraud is an umbrella term that refers to any type of illegal, intentional attempt to defraud the IRS. Tax evasion is a type of tax fraud that covers specific circumstances. Specifically, it refers to illegal non payment or underpayment of tax.

What Qualifies as Tax Evasion?

Tax evasion includes any method a person knowingly takes to not pay or underpay their taxes. Things like failure to pay, falsely claiming deductions or credits, concealing assets, or understating income can be classified as tax evasion.

What Is Tax Avoidance?

Tax avoidance is the practice of reducing tax liability through legal means. For example, using applicable deductions or credits that legally apply to you is tax avoidance. Tax avoidance is completely legal. While, on the other hand, tax evasion is illegal.

Tax evasion is an enormous issue for the US government. Economists have estimated that one in every six dollars owed to the IRS at tax time is not paid.

The United States actually has one of the lowest rates of tax evasion when compared to other countries. In the US, full tax compliance is generally believed to be around 81 to 84%. For comparison, the voluntary tax compliance rate in the top EU economy, Germany, is 68%. Though the US has a higher level of tax compliance than other countries, it still causes billions of dollars in losses each year.

Financial Statistics About the Problem of Tax Evasion

The IRS periodically publishes reports that include the statistics of the tax gap, the gap between what taxes paid and taxes estimated to be owed. The last report, released in 2016, detailed the tax gap during the years 2008 to 2010. The net tax gap during these years averaged $406 billion dollars. This was approximately equal to 16% of all owed taxes.

Studies have shown that different reporting methods lead to different compliance rates. Third party reporting tends to lead to the highest compliance rates. This includes the wages and salaries of traditionally employed taxpayers who have their income reported by their employer. Only around 1% of tax evasion is related to income reported by a third party.

Those who must self-report income to the IRS account for a higher percentage of evasion. Some examples of income that must be self-reported include farm income and sole proprietorship income.

Many economists believe that the IRS is currently does not have adequate funding deal with the widespread issue of tax evasion. Due to lower funding over the past several decades, the IRS audit rate has dropped by nearly half. The IRS itself has estimated that every dollar of increased funding to the IRS would lead to $12 in additional revenue.

There are strict penalties for tax evasion, including steep fines and imprisonment. While the IRS cannot imprison a taxpayer for simply owing back taxes, they can do so for tax evasion. It’s much more common for those who have committed tax evasion to face fines, rather than jail time. However, the IRS does sometimes pursue criminal charges for those who have committed an illegal non payment or underpayment of taxes.

Per the US tax code (26 United States Code section 7201), maximum penalties for evasion are as follows:

“Any person who willfully attempts in any manner to evade or defeat any tax imposed by this title or the payment thereof shall, in addition to other penalties provided by law, be guilty of a felony and, upon conviction thereof, shall be fined not more than $100,000 ($500,000 in the case of a corporation), or imprisoned not more than 5 years, or both, together with the costs of prosecution.”

To put this legal jargon into simple terms, the IRS can hit those who have committed evasion with fines, prison time, or a combination of fines and prison time. The maximum amount they can fine a taxpayer for tax evasion is $100,000 (or up to $500,000 for corporations). On top of this amount, they can charge a taxpayer for the costs of their prosecution. Then, the maximum amount of prison time one can serve for tax evasion is 5 years.